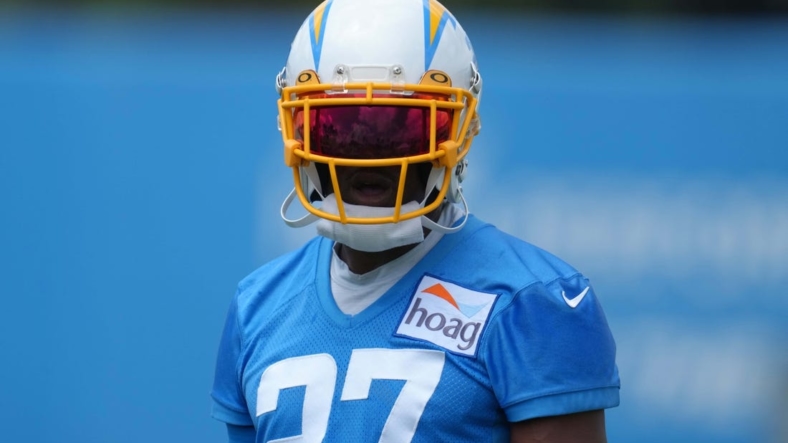 Los Angeles Chargers cornerback J.C. Jackson will be a gametime decision Thursday night to make his season and team debut against the Kansas City Chiefs.

He’s officially listed as questionable on the Chargers’ injury report.

Jackson is recovering from minor ankle surgery on Aug. 23 to remove an extra bone in the back of his ankle. NFL Network reported Thursday the bone was causing pain and inflammation, so Jackson underwent arthroscopic surgery to remove it.

Jackson, 26, is entering his first season with the Chargers after being a standout cover corner for the New England Patriots.

Jackson made 25 interceptions (returning one for a touchdown) in 62 games over four seasons with the Patriots before signing a five-year, $82.5 million deal with the Chargers as a free agent during the offseason.