Los Angeles Chargers running back Austin Ekeler is active and expected to play Sunday against the Washington Football Team.

His availability had been in question this week as he missed practice time while nursing a hamstring injury.

Ekeler, 26, began last season as the Chargers No. 1 back, but was limited to 10 games after suffering hamstring and knee injuries in Week 4. 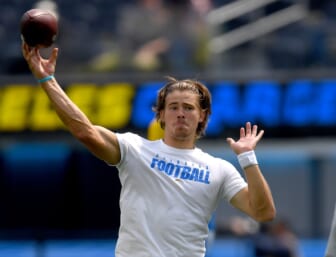 In four seasons, all with the Chargers, Ekeler has rushed for 1,901 yards and nine touchdowns and has 2,079 receiving yards and 16 scores.

Both team finished the 2020 season at 7-9. Despite the sub-.500 record, Washington won the NFC East and lost in the wild-card round of the playoffs 31-23 to eventual Super Bowl champion Tampa Bay.