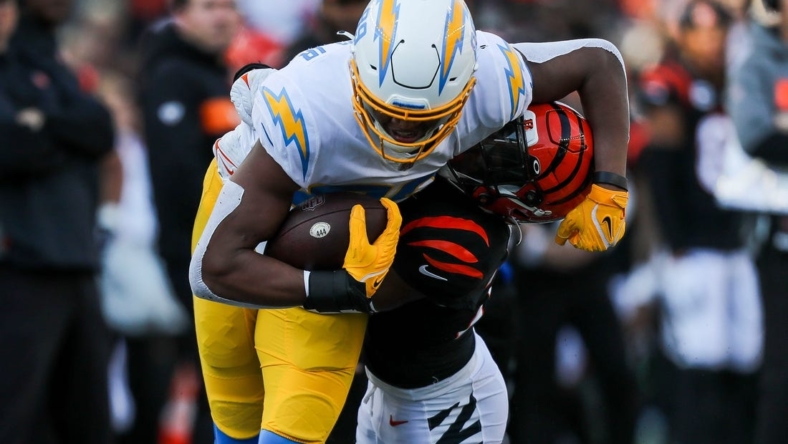 The addition of Doss comes on the heels of the Chargers ruling out fellow wideouts Keenan Allen (hamstring) and Mike Williams (ankle) for Sunday’s game. Wide receiver DeAndre Carter (illness) is questionable to face the Falcons.

Doss, 26, last played in the NFL during the 2020 season with the Las Vegas Raiders, appearing in one game. With the Raiders the previous season, he recorded 11 catches for 133 yards. He was signed to the Chargers’ practice squad on Oct. 5.

Parham, 25, is nursing a hamstring injury that caused him to miss the first four games of the season. He totaled three catches for 53 yards in two games in his return before sustaining a concussion. Now, the hamstring issue has sidelined Parham again.

Dicker, 22, made two field-goal attempts and both extra-point tries in his lone game of the season, helping the Philadelphia Eagles post a 20-17 victory over the Arizona Cardinals on Oct. 9.

Hi is filling in for kicker Dustin Hopkins, who has been ruled out with a right hamstring injury.

Hall, 25, had seven tackles and one fumble recovery in 16 games last season with the Chargers.