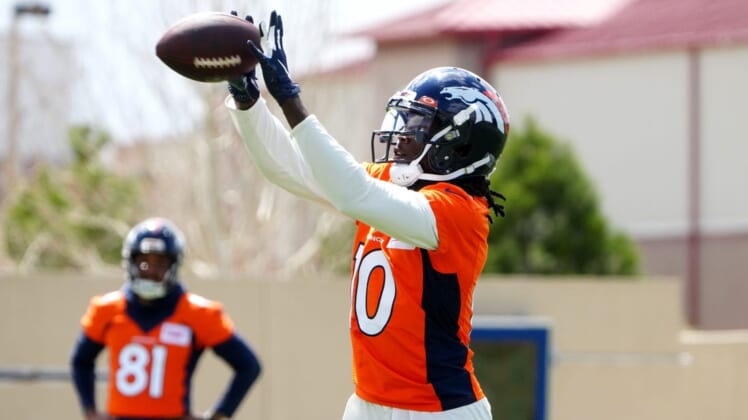 The district attorney’s office had moved to have the case closed against Jeudy, who was arrested earlier this month and charged with second-degree criminal tampering with a domestic violence enhancer, a misdemeanor. He was held overnight in the county jail.

Jeudy was scheduled to make a court appearance on Tuesday, but it was canceled with the dismissal of the charge.

“After reviewing the evidence, I always believed that no crime had been committed and all charges would be dismissed,” Jeudy’s attorney, Harvey Steinberg, told ESPN.

9News reported May 12 that Jeudy admitted to taking a wallet and baby formula belonging to the mother of his infant child after she took one of his phones. He locked the items in his car, according to the report.

The television station said the woman told the judge she called 911 only to have police “monitor” the situation and not to have him arrested. She also said she never felt that she was in danger.

Jeudy, 23, has played two seasons with the Broncos since they selected him in the first round (15th overall) of the 2020 NFL Draft out of Alabama. He played in 10 games (five starts) last season while dealing with a high ankle sprain and a stint on the COVID-19 list.

He has been participating in offseason workouts with the team.