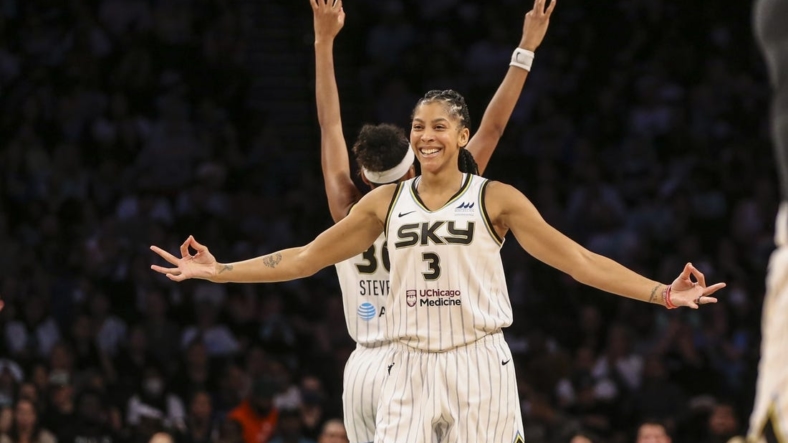 The way Connecticut Sun forward DeWanna Bonner sees it, there is no reason to stress about an elimination game after losing consecutive games to the defending WNBA champion Chicago Sky.

“Once you start stressing, then they already got us beat,” Bonner said. “We just got to go in, we got to adjust. We definitely have another chance to step out on the court and try to beat them again.”

Connecticut is down 2-1 in the best-of-5 semifinal series against the Sky heading into Game 4 on Tuesday night in Uncasville, Conn., and there are no mulligans. It’s either win the next two games or be eliminated by Chicago for the second straight season.

A Sun victory Tuesday would send the series back to Chicago for a deciding Game 5 on Thursday.

To make that happen, the Sun need to make some shots. They’ve been under 40 percent in two of the first three games of the series, and in the one where they shot nearly 46 percent, they trailed by 17 before the fourth quarter started.

“Our defensive energy and effort was unwavering tonight, even when they made some plays,” Miller said. “So we’re excited again that we got the game in the style of play that we think we can be very successful.”

However, it was the Sky walking out of Mohegan Sun Arena with the victory as Candace Parker continued her huge postseason with a 16-point, 11-rebound double-double. It was her 27th playoff double-double, tying Tamika Catchings for the most in WNBA history.

Parker is averaging 19 points in the series, including the first game in league history when a player recorded at least 15 points, 15 rebounds, five assists and five blocked shots: She had 19, 18, 5 and 6 in the Game 1 loss.