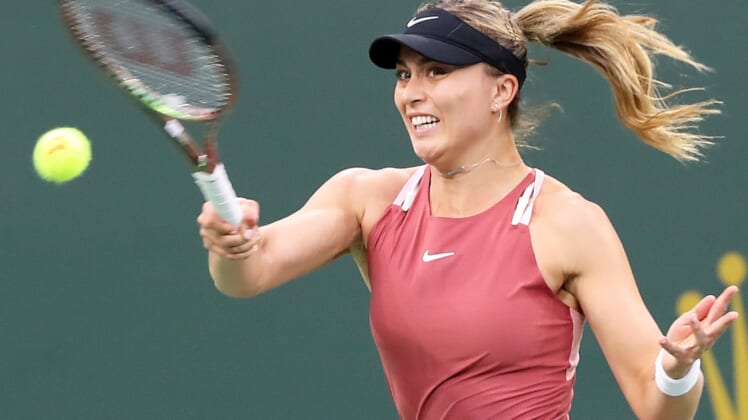 Defending champion Paula Badosa advanced to the quarterfinals of the BNP Paribas Open in Indian Wells, Calif., with a 6-4, 6-4 victory over Leylah Fernandez on Tuesday.

Badosa, a 24-year-old Spaniard, is the tournament’s fifth seed. She is seeking her second tournament title of the year, having won the Sydney (Australia) Tennis Classic in January.

She has now won her past nine matches in Indian Wells.

“Can we make every week a tournament here?” Badosa joked postmatch. “I hope for it.”

Fernandez, a 19-year-old Canadian, was seeded 18th. She was coming off a championship run at Monterrey, Mexico, earlier this month, her best result since her surprising run to the U.S. Open final last fall.

Two service breaks late in the first set put Badosa in control, and she earned the lone service break of the second set for a 3-2 lead.

“I knew I had to fight and serve well,” Badosa said. “I think I did that the entire match, and I’m very, very happy to be back in the quarterfinals again.”

Badosa’s next opponent will be either 21st-seeded Veronika Kudermetova of Russia or 30th-seeded Marketa Vondrousova of the Czech Republic, who met in the last match Tuesday night.