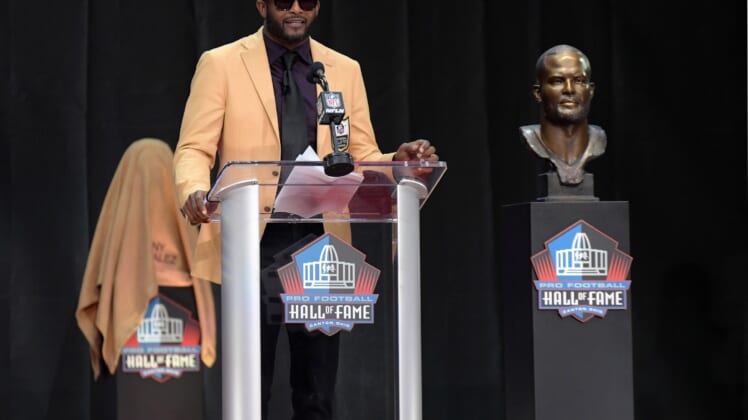 Hall of Famer Champ Bailey played his first five NFL seasons in a Washington Redskins uniform after they made the cornerback a top-10 pick in the 1999 draft.

Bailey’s career in the nation’s capital came to an abrupt end after he was traded to the Denver Broncos prior to the 2004 season. The rest is history. Bailey earned eight Pro Bowl appearances in 10 seasons with the Broncos, leading the way to his induction into the Hall of Fame Saturday night.

During Bailey’s speech, he took time out of his day to shade the Redskins in a big way. Check it out.

Bailey did make sure that his speech focused more on late-great Broncos owner and fellow 2019 Hall of Fame inductee Pat Bowlen.

Even then, it’s hard to ignore the shot he took at Redskins owner Daniel Snyder and Co.

Prior to his induction, Bailey noted that no one from the Redskins’ organization congratulated the all-world performer for his induction until this past week, per the Washington Post.