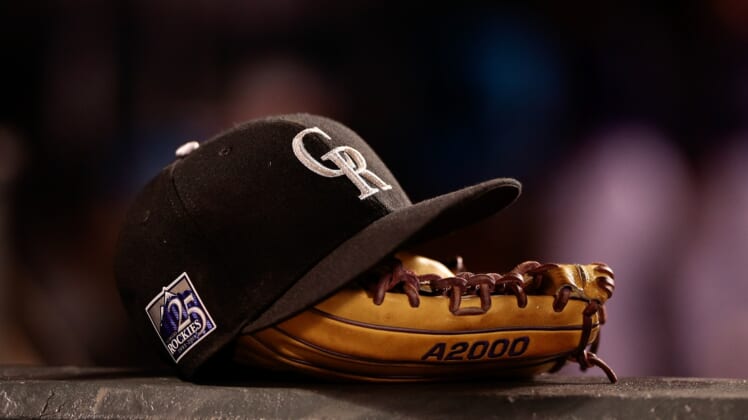 Colorado added a few other players who didn’t draw as many headlines, and one of them, right-hander Chad Kuhl, will make his Rockies debut during the finale of a two-game series against Texas Rangers on Tuesday night in Arlington, Texas.

The Rangers will counter with Martin Perez, who will make his first start since returning to the organization as a free agent last month.

The Rockies spoiled the Rangers’ home opener on Monday with a 6-4 victory in 10 innings, their third win in a row. The game ended on a replay review that determined that Mitch Garver’s slide interfered with Brendan Rodgers’ relay throw from second to first on Adolis Garcia’s grounder.

Marcus Semien, who began the inning on second base, had scored and Garcia ended up on second, but the run was taken away after the review and the game ended on what turned into a double play.

Kuhl spent his first five major league seasons with the Pittsburgh Pirates before signing a one-year deal with Colorado. He has appeared in 100 major league games, 84 of them starts, and will try to show he’s worthy of staying in the rotation.

Kuhl pitched in only two games in spring training, starting one, and was hit hard as he tinkered with his mechanics.

“It’s a shortened spring, that’s the reality of it,” Colorado manager Bud Black said. “He’s a veteran pitcher. He’s been through it before. He’s got to make some adjustments … to consistently get the ball down.”

Kuhl is confident heading into his first career outing against the Rangers.

“I’ve been pretty consistent throughout my big league career if you look at the back of my baseball card,” Kuhl said.

Perez made one spring training appearance after rejoining the Rangers. He spent his first seven seasons with Texas (2012-18), going 43-49 with a 4.63 ERA in 141 games (128 starts). He signed with the Minnesota Twins before the 2019 season and was with the Boston Red Sox the past two years.

Perez is 0-1 with a 4.86 ERA in three career starts against Colorado.

Texas is off to a 1-3 start following the shortened spring training, but manager Chris Woodward isn’t worried.

“It’s just getting consistent buy-in and building the mental muscle of our hitters.”