According to Yahoo Sports, Chad Johnson made his Canadian Football League debut with the Montreal Alouettes. It was only a preseason game, but he still managed to be Chad Johnson-esque.

It’s similar to the feeling before I lost my virginity. There’s a certain level of excitement, anticipation, not knowing what’s going to happen or what I’m going to get, says Johnson to the Montreal Gazette.

If you are no longer blushing, there’s more. In Canada, you almost want to call Johnson “Johnny Football” with the amount of recognition he’s been getting around the Montreal area. He said he has kissed 15 random people on the lips. Like you’re surprised. 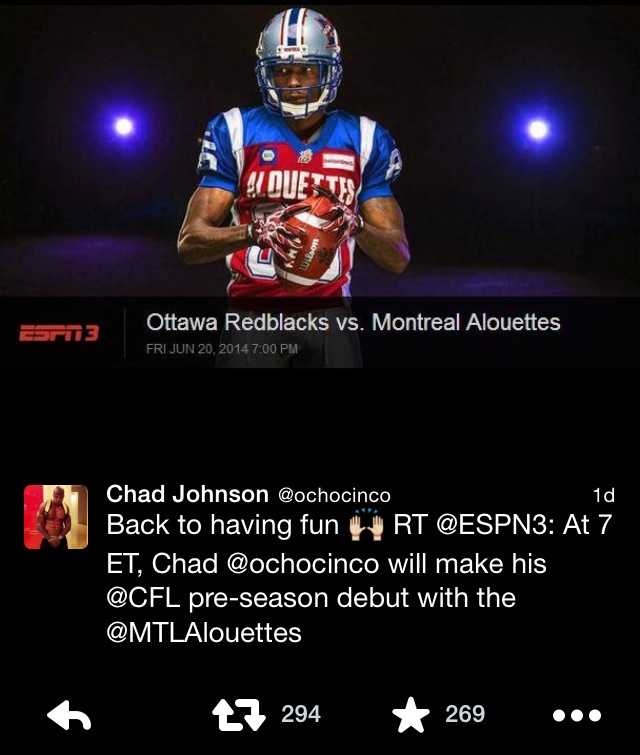 The 36-year-old’s spirits are relatively high considering the bad reputation he has been given in recent years in addition to the amount of eye-rolling we’ve all given him.

He pleaded no contest to an allegation in regards to assaulting his wife two years ago. Which was also around the same time he stopped playing football.