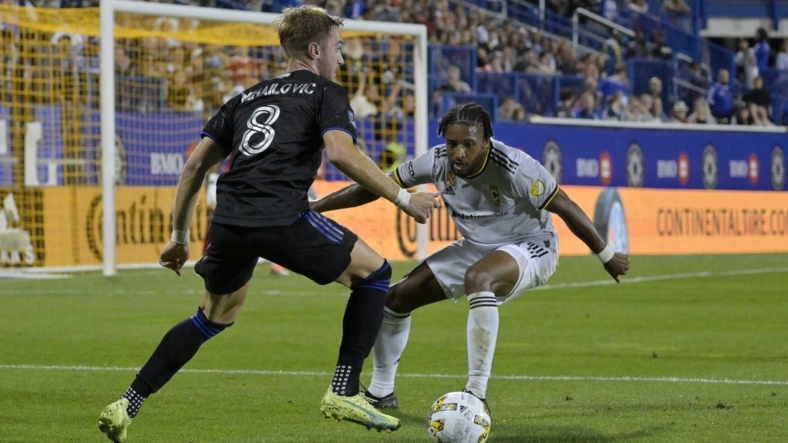 Zachary Brault-Guillard scored in the fifth minute of second-half stoppage time as host CF Montreal completed a comeback from a two-goal deficit against the 10-man Columbus Crew and clinched a playoff spot with a stunning 2-2 draw on Friday.

Goals by Jonathan Mensah in the 66th minute and Lucas Zelarayan two minutes later put the Crew (9-6-14, 41 points) in control.

However, after the Crew’s Luis Diaz was shown a red card in the 76th minute, Victor Wanyama made it 2-1 in the 89th minute before Brault-Guillard ripped a shot from 25 yards that deflected on the way to the goal for Montreal (16-9-5, 53 points).

The Crew extended their unbeaten streak to seven games (2-0-5) and are unbeaten in the past eight road matches (3-0-5).

The Crew received their first red card of the season, after a video review, when Diaz was sent off for kicking Kei Kamara in the leg.

The first goal was strange in that Zelarayan, the free kick specialist, elected to pass the ball to Aidan Morris for a slow buildup. Morris moved the ball to Diaz, who sent Steven Moreira down the right flank for his cross that Mensah headed from 10 yards for his second goal of the season.

Shortly after the ensuing kickoff, the Crew broke toward the goal and Zelarayan let a shot go from 22 yards. It hit the leg of Cucho Hernandez and Zelarayan followed with a volley from 18 yards out.

Columbus did the heavy lifting early, taking all three shots on Montreal goalie James Pantemis within the opening 13 minutes.