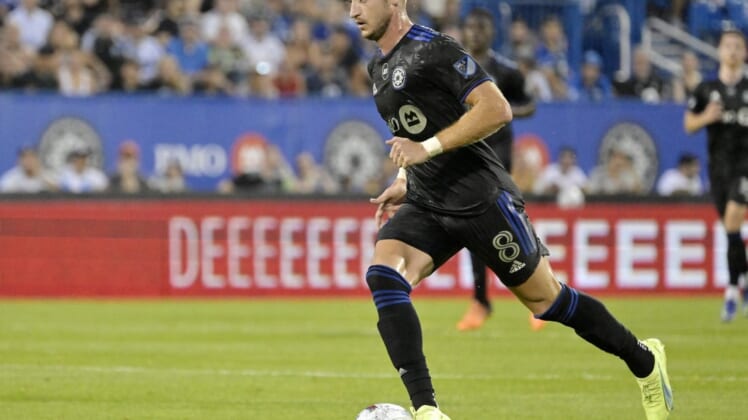 CF Montreal announced Wednesday that midfielder Djordje Mihailovic has been sold to AZ Alkmaar but will finish out the current MLS season.

Multiple outlets reported that the Dutch Eredivisie club agreed to a $6 million transfer fee. Mihailovic, 23, will join his new team on Jan. 1.

“I want to thank Djordje for believing in our project and choosing to come to Montreal to showcase his immense potential. We also want to thank him for everything he achieved on the field since his arrival, but also for wanting to continue the season with us to try to go as far as possible,” said chief sporting officer Olivier Renard. “Europe has been his dream for many years, and I am happy we can contribute to his career objectives. This agreement is a good fit for Djordje. It is a club he wanted to be a part of and where his qualities and style of play can be fully realized.”

Mihailovic has seven goals and four assists in 20 matches this season, his second with Montreal.

“This is a very exciting moment for me, but also sad, knowing that I will be leaving CF Montreal,” Mihailovic said. “When I joined this team from Chicago, I didn’t expect this kind of reception. I want to thank the fans for their support. It has been an incredible experience.

“… Europe has always been my dream and they gave me the chance to pursue this new path in my career. But it’s not over yet! This season we have the opportunity to do something special for the Club and the city.”