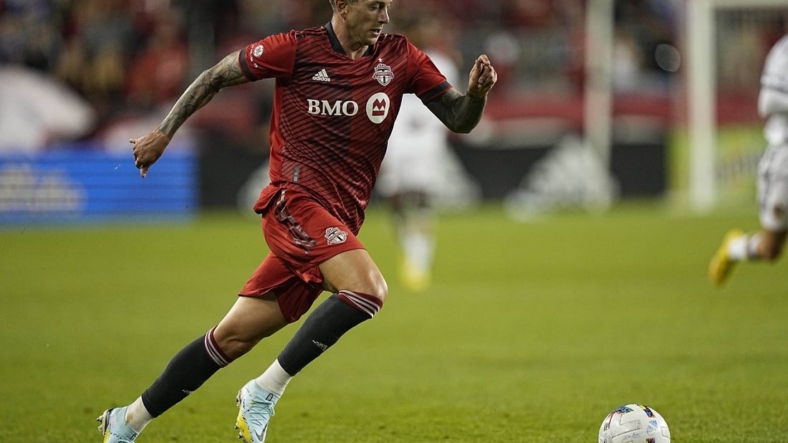 CF Montreal looks to start a new streak of success when they visit a rejuvenated Toronto FC on Sunday.

Montreal went 6-0-2 during recent the run of success that began with a win against their Canadian rivals back on July 16. At the time, Toronto was struggling to score, after getting shut out three times in four games while sitting a point out of last place in the Eastern Conference table.

Toronto FC (9-13-7, 34 points) have found new life thanks to the additions of Lorenzo Insigne and Federico Bernardeschi. The Italian internationals have combined for 10 goals and five assists in eight games since joining Toronto on July 23. The club is 4-1-3 in those contests.

“Obviously, they’re different,” Montreal coach Wilfried Nancy said. “They have offensive assets, they put a lot of resources into strengthening themselves. It’s a more confident team that’s playing differently now. They’re in great shape, they’re getting good results, they have players making the difference. We’re going there to play our game and to try to win the game.”

Toronto FC’s recent success has pushed them into the thick of the playoff race in the Eastern Conference. They sit two points below the playoff line with five games remaining. Two teams are ahead of them while Inter Miami hold the final spot.

“While we still have some points to grab, we still can make the playoffs,” Toronto forward Jesus Jimenez said. “We will continue fighting until the end and we’ll see what can happen.”

Bernardeschi has scored in all but two matches since his arrival and has tallied in each of his four home games with the club.

Montreal was shut out for a fifth time this season on Wednesday but got some quality chances from Mason Toye. Toye, who made his season debut on June 18 after returning from injury, has two goals but hasn’t scored since June 29.

“Indeed, it’s not going so well for him these days,” Nancy said. “It’s close. I know it’ll come. He’s always been a scorer and he’ll stay a scorer.”