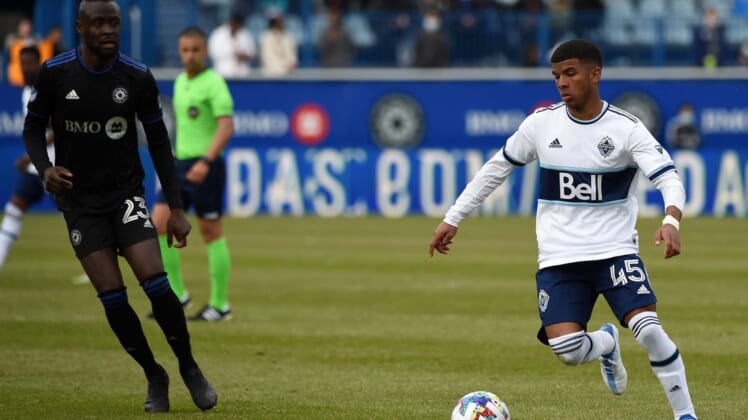 Djordje Mihailovic had a goal and an assist to help CF Montreal hang on for their third straight win, 2-1 against the visiting Vancouver Whitecaps on Saturday.

Mihailovic broke the ice for the home side in the first minute. Montreal defender Alistair Johnston sent a pass from high outside the box to Mihailovic in space just above the goal area, and Mihailovic got his right foot on the ball to direct it by goalkeeper Thomas Hasal.

It was the fourth goal of the season for the attacking midfielder, matching his career high set last season in 34 games played.

Montreal held a slight edge in possession in the opening half, getting nearly 53.5 percent of the touches, with seven shot attempts, including three on goal.

Generating any offense was a struggle for the visitors, who managed just one shot attempt, off-target, in the opening 45 minutes.

Montreal struck quickly again to open the second half. Mihailovic took a feed from Sunusi Ibrahim in the box and sent a short pass to Romell Quioto at the goal area to make it 2-0 in the 47th minute.

The Whitecaps had a great chance in the 63rd minute when Lucas Cavallini beat Sebastian Breza but the play was ruled offside.

Vancouver finally struck in the 65th minute when Brian White got his foot on a loose ball in the box.

Tosaint Ricketts appeared to tied it at 2 in the third minute of second-half stoppage time, heading a cross by Breza but the play went to review and the call was overturned after it was deemed Ricketts was offside.