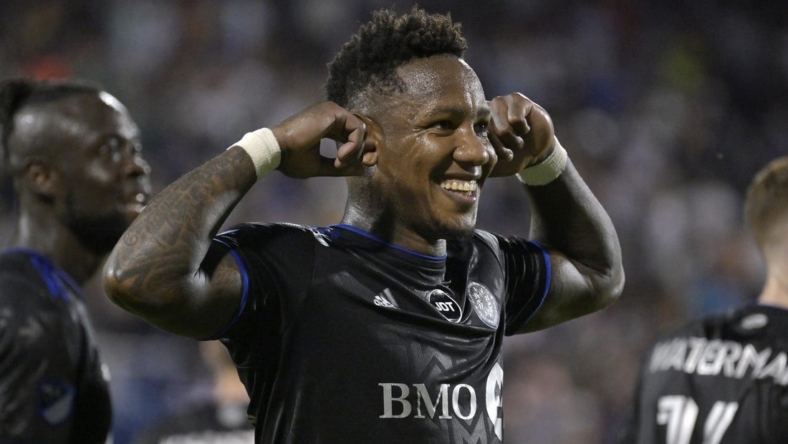 CF Montreal looks to continue their torrid stretch of play when they face lowly D.C. United on Saturday night in Montreal.

CF Montreal (18-9-5, 59 points) is a splendid 9-1-3 over their past 13 matches and stands second in the Eastern Conference behind the Philadelphia Union.

With two games remaining, the club is looking for its first 20-win campaign during its 11 MLS seasons.

“We are going to push until the very end of the season,” midfielder Samuel Piette said. “We want to finish with 20 wins. … We are happy to have achieved second place, but we are pushing for first. We want to continue to play our game to enter the playoffs with a lot of confidence and rhythm.”

Montreal is coming off a 1-0 road victory over the New England Revolution on Sept. 17. Defender Alistair Johnston scored the goal in the 72nd minute.

“We are all really enjoying our football right now,” Johnston said. “It is a joy to play within this system. We are all playing for each other. It is a tight-knit group.”

D.C. United has scored a league-low 34 goals while 65 allowed is second-worst.

A 3-2 loss to Inter Miami CF on Sept. 18 left D.C. United 0-2-2 over the past four matches. Plus, the club will be without leading scorer Taxi Fountas (12 goals) for Saturday’s game.

Fountas, from Greece, was pulled from the Miami match in the 65th minute by coach Wayne Rooney after allegedly tossing out a racial slur at Miami’s Damion Lowe, who is Black. Fountas denied the allegation on his Instagram account.

“That despicable racial slur is one I denounce and did not use,” Fountas said. “We had a hot discussion on the field. But I have not racially abused anyone. I firmly reject racism in any form.”

Still, Fountas didn’t return to the team after participating in international duty for Greece earlier this week. Rooney said the situation has been rough for Fountas.

“It’s a serious situation and he is struggling a bit mentally with it,” Rooney said. “The most important thing now is to give him the time to be with his family, and we await the outcome of the investigation.

“Taxi is adamant that he hasn’t said the words which he was accused of.”