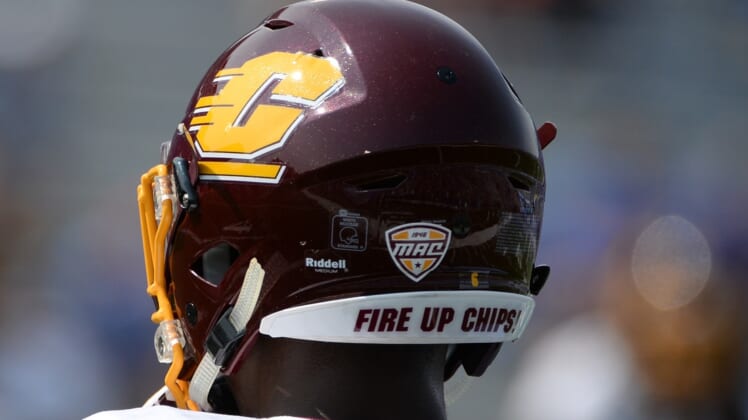 Central Michigan quarterback John Keller is in critical condition following a shooting at an off-campus party that left him and one other person injured on Saturday morning.

CM Life, Central Michigan’s student newspaper, first reported Saturday evening that Keller was one of the victims wounded in a shooting outside Deerfield Village Apartments. Officers responded to the scene after receiving calls about gunshots being fired at a party around 1 a.m. that morning.

According to police, an investigation determined that several people showed up during the party and a scuffle broke out not long after they arrived. After the fight, someone went to their car and retrieved a gun and then started shooting at people when they returned to the party.

Keller was shot in the chest and immediately transported to the hospital and remains in critical condition as of Sunday morning. The second victim, age 23, is in stable condition. No arrests have been made in connection with the shooting.

The 21-year-old quarterback originally enrolled to play football as a walk-on for the Cincinnati Bearcats in 2018. He then went to play at Pearl River Community College, attracting the attention of college scouts. Keller transferred to Central Michigan in 2020, sitting out the 2020 season due to NCAA transfer rules.

A GoFundMe was created to provide Keller’s family with support for the medical expenses.