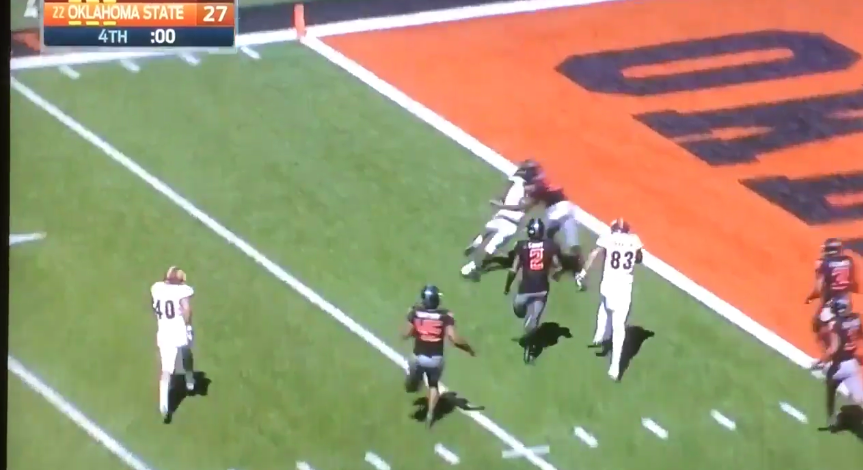 The Central Michigan Chippewas pulled off one of the rarest plays in football to beat Oklahoma State (No. 22) by a score of 30-27 on Saturday.

With time expired on the clock, Chippewas quarterback Cooper Rush launched a deep pass down the right sideline towards the end zone. The pass was caught by Jesse Kroll. He immediately lateraled to Malik Fountain, who did the rest.

Holy cow! CMU gets a Hail Mary on an untimed down, 51yds! #FireUpChips #CMUvsOKST pic.twitter.com/Ox6DceQxo7

As you might expect, there was some controversy surrounding the play to begin with, as the untimed play shouldn’t have happened to begin with.

I think the ref screwed up giving Central Michigan the untimed down. Mike Pereira agrees with me. Oklahoma State got robbed.

While OK State entered the game as a heavy favorite, we warned of a potential upset heading into Week 2. The football gods smiled upon our bold prediction, and it came at the hands of a rarely successful play.

The Chippewas will be riding high for a while after this one.

On the other side, the Cowboys will be reeling and will certainly tumble out of the top 25 when the polls come out next week.