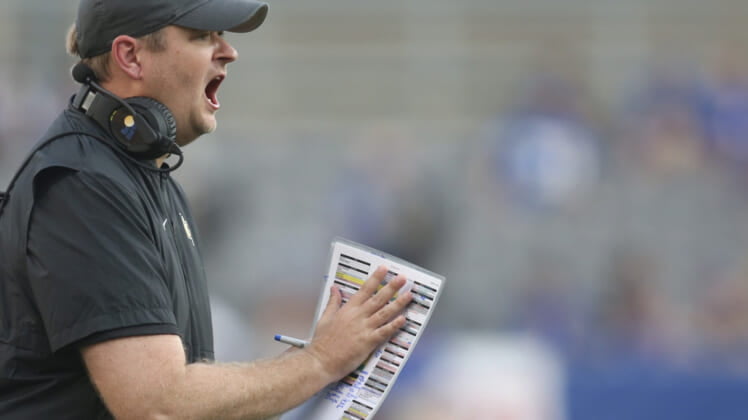 Two of the most successful mid-major programs in recent college football history will do battle in a home-and-home series starting in 2021.

Central Florida and Boise State announced on Tuesday plans for two games to take place, starting with the 2021 season opener in Orlando. The two will then meet in Idaho on Sept. 9 two years later.

“We are excited to have this series on the schedule, and thrilled to be able to bring our fans another marquee game on The Blue,” Boise State Athletic Director Curt Apsey said, via 247Sports. “I believe this is a match-up that college football fans throughout the country want to see, and one that our student-athletes will be excited to play.”

Central Florida gained national recognition for putting up a perfect 13-0 record two seasons ago and earning a spot in the Peach Bowl. They came out on top over Auburn 34-27 in that game, leading the program to proclaim itself national champs over Alabama.

The Knights went 12-1 last season, losing in the Fiesta Bowl, and are currently 3-1 this season.

Boise State’s ascension into the national conversation began years back when the program defeated Oklahoma in the 2006 Fiesta Bowl. It’s considered one of the greatest major bowl games in recent history.

The Broncos have since won 10-plus games 10 times and have earned a bowl appearance in each of the past 17 seasons.

The two programs have yet to meet in their histories.