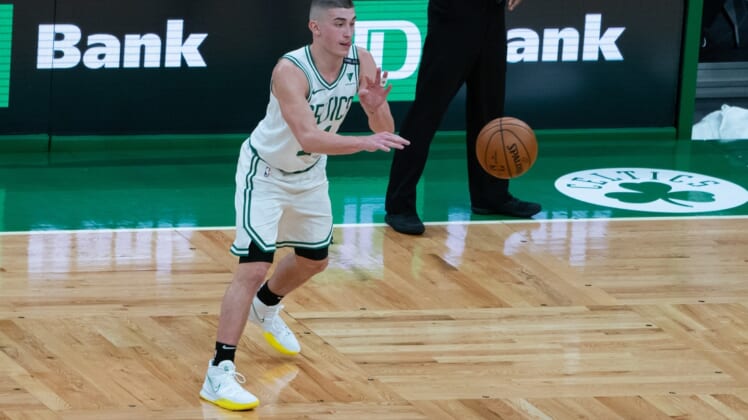 Boston Celtics guard Payton Pritchard had to be helped off the floor after suffering a sprained right knee in the first quarter of their road game Friday night against the Philadelphia 76ers.

The Celtics later announced the injury and that Pritchard, the No. 26 overall pick in the 2020 draft, would not return.

With 3:23 remaining in the first quarter, Pritchard was positioned in the lane as guard Shake Milton sank a short runner to give the 76ers a 23-21 lead. As the shot fell through, Pritchard’s teammate Jaylen Brown fell into Pritchard’s right leg after battling Dwight Howard for position on the play.

Pritchard was down for several minutes and had to eventually be helped from the floor and assisted to the locker room by teammates. Pritchard was scoreless in two minutes off the bench before departing.