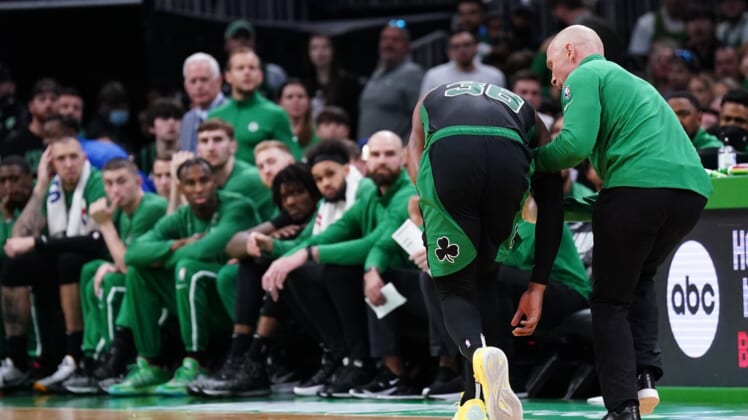 Boston Celtics guard Marcus Smart was ruled out of Tuesday night’s game with the Milwaukee Bucks due to a right thigh contusion.

The Celtics ruled Smart out about 90 minutes prior to tipoff of Game 2 of the Eastern Conference semifinals.

Smart, this season’s NBA Defensive Player of the Year, was injured during Sunday’s 101-89 home loss to the Bucks.

“It’s a little bit of both, swelling and pain, restricted movement,” Boston coach Ime Udoka said prior to Game 2. “Some limited movement that didn’t get better over the days like we thought it would.”

Udoka said he expects Smart will back for Game 3 due to the long break between games. The next game is Saturday in Milwaukee.

“With the three days off, we’re assuming he’ll be OK,” Udoka said.

Derrick White is starting in place of Smart on Tuesday night.