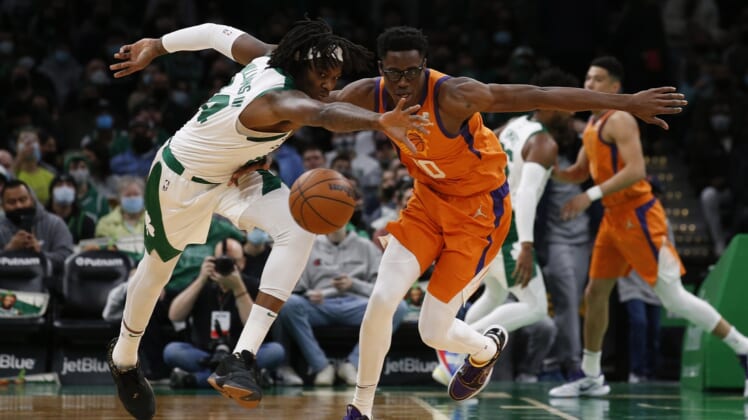 Before the game, the Celtics held a moment of silence to honor late Hall of Fame guard Sam Jones, who died Thursday at the age of 88. Jones won 10 championships in his 12 NBA seasons — all with Boston — from 1957 to 1969.

Devin Booker finished with 22 points to lead Phoenix, which has dropped three of its last four games. Cameron Johnson scored 20, Jalen Smith added a career-high 19 points and Chris Paul had 14 points and eight assists for the Suns.

Phoenix played without star center Deandre Ayton along with Jae Crowder, JaVale McGee and Abdel Nader in the protocol. Frank Kaminsky remained out with a right knee injury for the Suns.

A back-and-forth first quarter turned in Boston’s favor when Richardson’s 3-pointer put the hosts up for good at 17-16 with 4:28 left. The Celtics ended the opening period on an 18-4 surge to go up 32-20 after one.

After the Celtics raced to a lead of as many as 30 points in the second quarter, they led 67-41 at halftime.

The Suns made once more push to pull within 11 late but couldn’t get any closer.