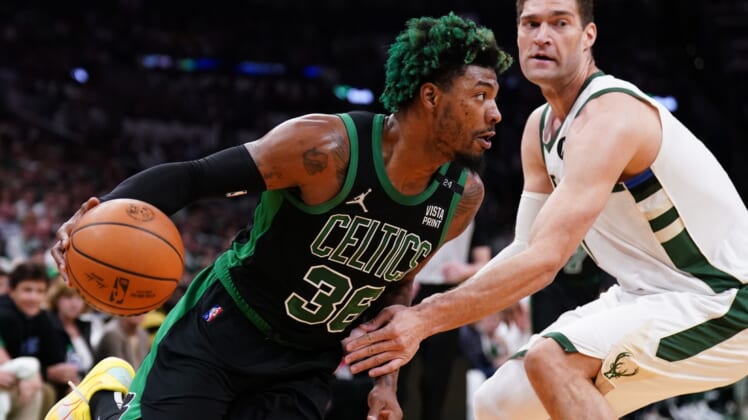 Boston Celtics guard Marcus Smart will be listed as questionable for Tuesday night’s Game 2 of the Eastern Conference semifinals against the Milwaukee Bucks with a quad contusion.

“He’s a tough guy that’s going to try to play through things. We’ll get him some treatment today and see how he feels tomorrow, but he’ll be listed as questionable,” Udoka said.

Smart, the season’s NBA Defensive Player of the Year, took two blows to his quad area during Sunday’s Game 1 loss. Smart finished with 10 points in 33 minutes, with six assists and two steals.