Celtics dump Nuggets to win fifth in a row 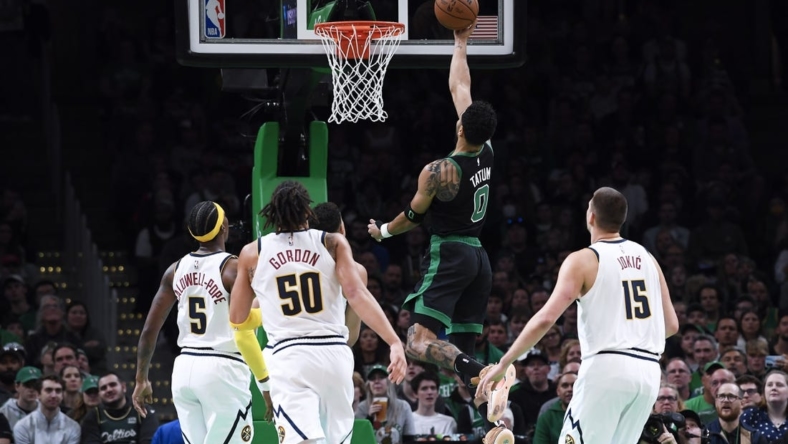 Al Horford had 21 points, Grant Williams added 13 and Derrick White finished with 10 for Boston, which has won five straight.

Denver played without guard Bones Hyland, who was out due to health and safety protocols.

The Celtics opened a double-digit lead in the first quarter with hot shooting. Boston hit 60.9 percent of its field goals to lead by as many as 13 points.

The Celtics stretched the lead to 49-34 midway through the second quarter on consecutive 3-pointers by White and Tatum. Another 3-pointer by White a few minutes later gave Boston a 58-40 lead.

Bruce Brown and Caldwell-Pope hit 3-pointers and Jokic scored four points in a 12-2 run that got the Nuggets within 60-52, and they went into intermission down 66-57.

The lead increased to 13 on a floating jumper from Jaylen Brown before Denver chipped away. Jeff Green converted a three-point play, Caldwell-Pope hit three from behind the arc and Murray also drained a 3-pointer that got the Nuggets within six.

The Nuggets made another push, getting within nine on a jumper by Murray, but Jaylen Brown hit another 3-pointer to spark an 11-2 run that put it away.