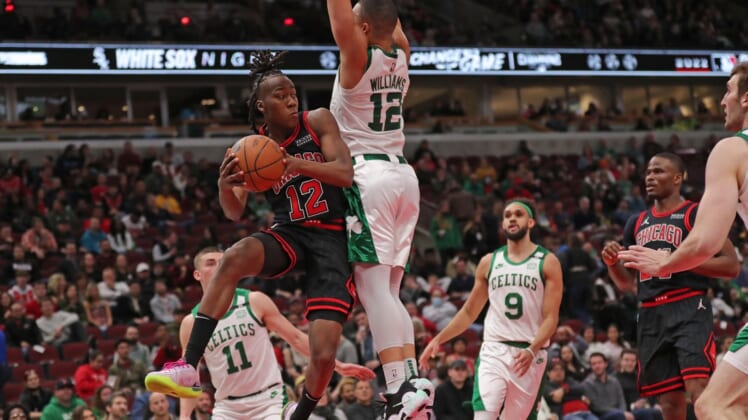 Jaylen Brown scored 25 points and Jayson Tatum added 16 points, 10 rebounds and eight assists to lift the visiting Boston Celtics to a 117-94 victory over the Chicago Bulls on Wednesday.

Al Horford made all seven of his shots — including three from 3-point range — and finished with 17 points and 10 rebounds. Daniel Theis scored 15 points before fouling out for the Celtics (50-30), who reached the 50-win plateau for the first time since the 2017-18 season.

Boston, which has won three in a row and 14 of its last 17 games, moved a half-game up on the idle Milwaukee Bucks and Philadelphia 76ers into sole possession of second place in the Eastern Conference. The Celtics visit the Bucks on Thursday.

Boston benefited from a fast start and finished by shooting 48.9 percent from the floor, including 45.9 percent (17 of 37) from 3-point range.

DeMar DeRozan scored 15 of his 16 points in the first half for the Bulls (45-35), who have lost three in a row and 14 of their last 20 games. Chicago fell 1.5 games behind the fifth-place Toronto Raptors.

Nikola Vucevic had 13 points and seven rebounds, while Zach LaVine missed seven of nine shots from the floor — including all five from 3-point range to finish with seven points.

With former President Barack Obama in attendance, the Celtics put their best foot forward and made 12 of their first 18 shots from the floor to seize a 31-14 lead with 2:27 remaining in the first quarter.

Boston pushed its lead to 26 points after Brown tipped home a bucket in the paint late in the third quarter.

The Celtics put it on cruise control from there.