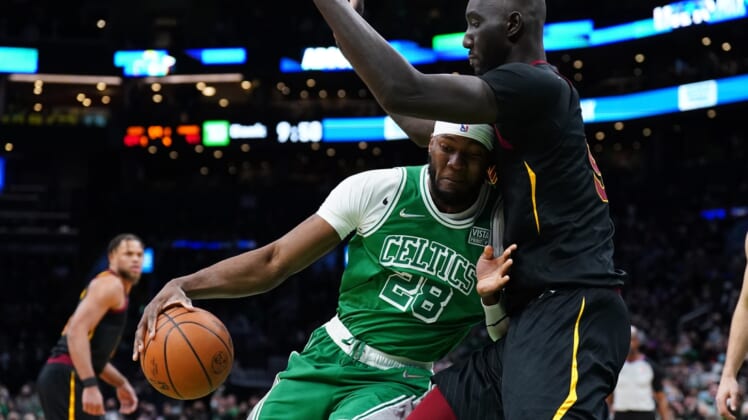 The Boston Celtics officially placed five more players into COVID-19 health and safety protocols Friday, one day before they are scheduled to visit the Milwaukee Bucks in a nationally televised Christmas Day game.

Reports said Thursday that center Enes Freedom would be placed in the protocols. On Friday, Freedom was joined by center Bruno Fernando, forward Justin Jackson and guards C.J. Miles and Aaron Nesmith.

That brought Boston’s total to 12. Juancho Hernangomez, Al Horford, Jabari Parker and Brodric Thomas are considered questionable to return from protocols in time to play Saturday. The others, Sam Hauser, Josh Richardson and Grant Williams, have been ruled out.

The Athletic reported Friday that Boston would sign Al-Farouq Aminu and Norvel Pelle to 10-day hardship deals, which would bring the roster up to eight healthy players in time for Saturday.

To replenish the roster earlier in the week, the Celtics on Wednesday signed 40-year-old guard Joe Johnson to a short-term contract, along with Miles and Jackson.