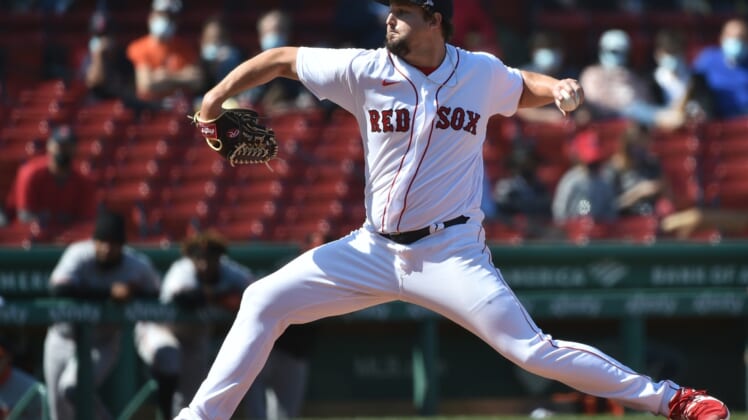 Cedric Mullins went 5-for-5 and reached base six times, and four Baltimore teammates drove in two runs apiece as the visiting Orioles completed a three-game sweep with an 11-3 victory Sunday over the Boston Red Sox.

Mullins got hits in each of the game’s first four innings and walked in the seventh before doubling in the ninth. Overall, he finished with three doubles, two singles and three runs scored.

The center fielder now is batting .692 (9-for-13) and became the franchise’s first player since 1939 — when they were the St. Louis Browns — to reach base at least six times in a game with three doubles or more.

Trey Mancini, Anthony Santander, Maikel Franco and Austin Hays each had two RBIs and the Orioles finished with 17 hits.

That was more than enough for rookie starter Bruce Zimmermann (1-0). He earned his first major league win by going six innings and allowing three runs on four hits on 73 pitches. He struck out five and walked one.

In the series, the Baltimore relievers threw 9 1/3 shutout innings.

Boston starter Garrett Richards (0-1) gave up hits to the first three Orioles he faced in the first, and Baltimore was off and running. Richards allowed six runs on seven hits in two-plus innings.

Baltimore scored three in that top of the first and added seven in the third to give Zimmermann that big cushion. In that opening frame, Santander singled for a 1-0 lead, and Franco added a two-run double.

The Orioles then broke it open with the seven-run third. Freddy Galvis walked with the bases loaded before Hays lined a two-run double to left. Hays then pulled himself out later in the inning due to right hamstring discomfort.

The Red Sox scored on an Enrique Hernandez sacrifice fly in the third, and J.D. Martinez added a solo homer in the fourth plus an RBI double in the sixth.