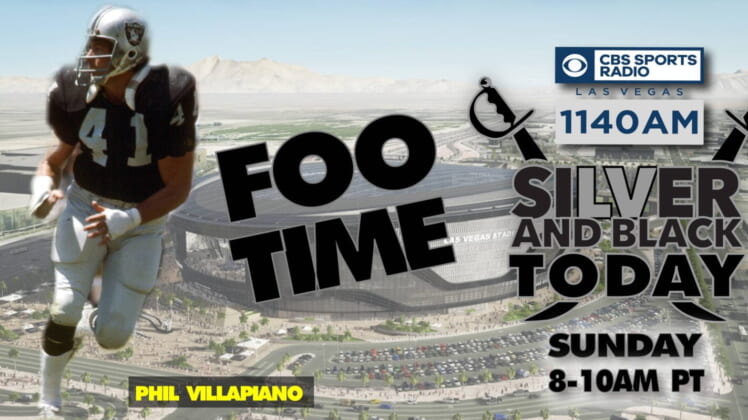 On the eve of training camp, we have a full show for you on CBS Sports Radio 1140-AM.

We lead off the radio show discussing the week’s overreaction by fans and media on two fronts: first, on the PSL costs in the new stadium in Las Vegas, and the firing of Greg Papa as the team’s play-by-play broadcaster.

Our first radio show guest, Sheryl Thornton-Burnham from the 702 Raider Nation RedZone Booster Club, gives us insight on just how much Las Vegas is already a Raiders town. Thorton-Burnham also talks to us about her work with the NFL Alumni chapter in Las Vegas.

Criminal defense attorney Michael Troiano visits with us next on the radio show to discuss the Gareon Conley countersuit case against the woman who falsely accused him of sexual assault. Troiano explains if Conley has any chance of retribution via the legal system.

Finally, Raiders fan favorite Phil Villapiano listens to our pitch on why he needs to join the Raiders new radio broadcast team along with Brent Musburger and Lincoln Kennedy. We ask “Foo” if he’d be interested and his response isn’t surprising. There’s no denying Villapiano has a passion for football – and Raiders football – as he did as a player.

Catch the Silver and Black Today show which airs every Sunday from 8am-10am in Las Vegas. It can also be streamed live worldwide on the Radio.com app.

SilverAndBlackToday.com is our 24/7 website covering all things Raiders. We also have our weekly podcast, usually heard live at 5pm on Tuesdays via Spreaker and is available for download on iTunes or Google Play.