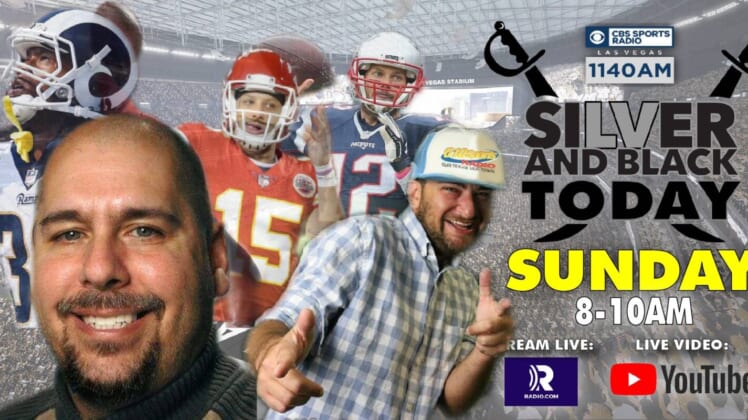 Our CBS Sports Radio featured a look at AFC/NFC Championship games and analysis of AJ Smith.

It may be the offseason for the Raiders, but that doesn’t mean we don’t have lots to talk about. We’ll get insight into AJ Smith who might be headed to the Raiders front office and more.

It’s AFC & NFC Championship Sunday and, unfortunately, the Raiders aren’t part of it. We’ll have live radio reports from both Kansas City and New Orleans on these two matchups. Also: Lee “Hacksaw” Hamilton – sports talk radio legend – reports on the AJ Smith to the Raiders rumor which surfaced this past week. We also talk about the latest Raiders mock drafts and revisit the infamous “Tuck Rule” game which celebrated its 17th anniversary on Saturday. We also ask the question: should the Raiders take Quinnen Williams with their fourth pick in the draft?

Could former Chargers GM AJ Smith be joining the Raiders?

Catch the Silver and Black Today show which airs every Sunday from 8am-10am in Las Vegas. It can also be streamed live worldwide on the Radio.com app.

SilverAndBlackToday.com is our 24/7 website covering all things Raiders. We also have our weekly podcast, and it and the radio show archive, are available for download on iTunes or Google Play, stream and follow on Spotify, Soundcloud & Spreaker.