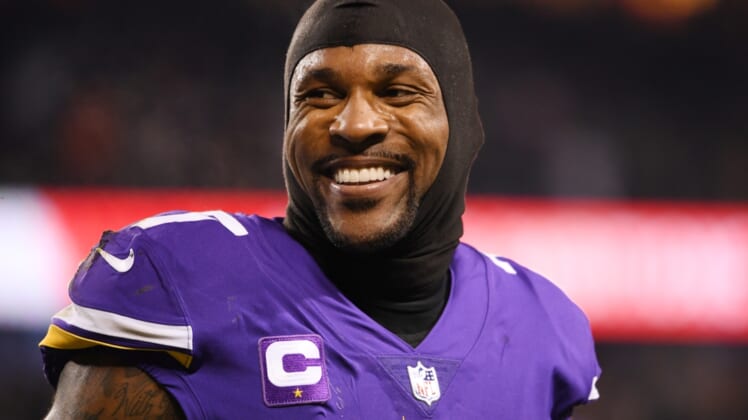 Cornerback Patrick Peterson will be back for a second season with the Minnesota Vikings.

The 31-year-old veteran free agent plans to sign a one-year contract with Minnesota, he announced Wednesday on the “All Things Covered” podcast that he co-hosts with former NFL cornerback Bryant McFadden.

Peterson said, “I’m gonna stay put in Minnesota and run it back with the guys. Keep it in the north.”

Patrick Peterson says the Bills, Bears, Bucs, Colts & Commanders were all in the running for his services before he ultimately signed back with the Vikings. https://t.co/RiVp9363h7 pic.twitter.com/mZMAYz2HUX

Peterson added about the Vikings, “I just felt it was right just to be there and grind with those guys and try to all come together for that common goal. The team is stacked.”

According to NFL Network, Peterson’s one-year deal will have a $4 million base value, including a $3.5 million guarantee.

Selected in the first round (fifth overall) by the Cardinals in 2011, Peterson spent 10 years in Arizona before signing a one-year, $8 million deal with Minnesota last March.

He played in 13 games in 2021, logging 45 tackles, five passes defensed and one interception, which he returned for a 66-yard touchdown.