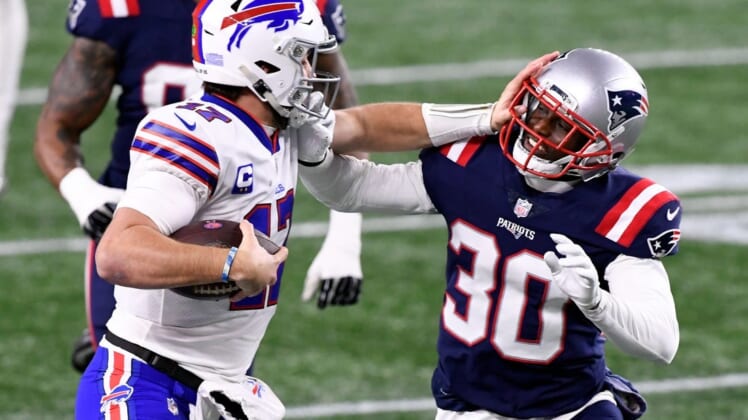 McCourty won a Super Bowl ring with the New England Patriots in the 2018 season and intercepted 18 passes and forced nine fumbles during 173 games (141 starts).

McCourty entered the NFL with the Tennessee Titans in 2009 as a sixth-round draft pick out of Rutgers. He spent eight seasons with Tennessee before playing with the Cleveland Browns in 2017 before moving on to New England for three seasons and finishing with the Miami Dolphins last season.

“These past 13 seasons have been one hell of a journey,” Jason McCourty said on social media. “As I reflect and look back at my career, I have far surpassed any and every expectation I set for myself back in 2009. That’s what I’m most proud of when I look back at my career. Walking into an organization, being able to put my mark on it by putting my head down, working hard, and caring for the individuals around me.”

Jason McCourty never played in a Pro Bowl during a career in which he scored four touchdowns.

“I just hope that the impact I’ve made within these organization is as special and as big as the impact that they have made, not only on my life but in my family’s life as well,” McCourty said. “I’ve always tried to put my best foot forward and be an example for everyone within the organizations.”

Devin McCourty is entering his 13th season with the Patriots.