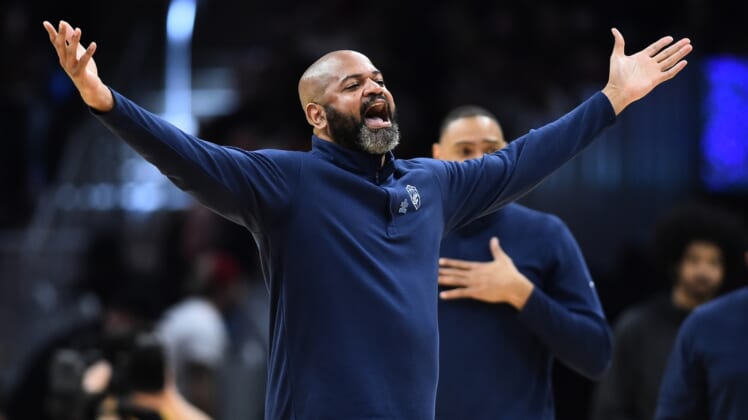 The NBA fined Cleveland Cavaliers coach J.B. Bickerstaff $15,000 Monday for public criticism of the officiating in Cleveland’s 112-108 loss to the Philadelphia 76ers the day before.

Joel Embiid and James Harden combined to score 28 points at the foul line alone to help Philadelphia earn the win. The 76ers shot 12 more free throws than the Cavs.

Bickerstaff, who has spent parts of six seasons as head coach of the Houston Rockets (2015-16), Memphis Grizzlies (2017-19) and Cavaliers (2020-22), went on to say he wanted referees to officiate the game consistently at both ends of the floor.

Cleveland (43-36) remained in seventh place in the Eastern Conference after the loss, while Philadelphia (48-30) is tied for third and just 2.5 games out of first.