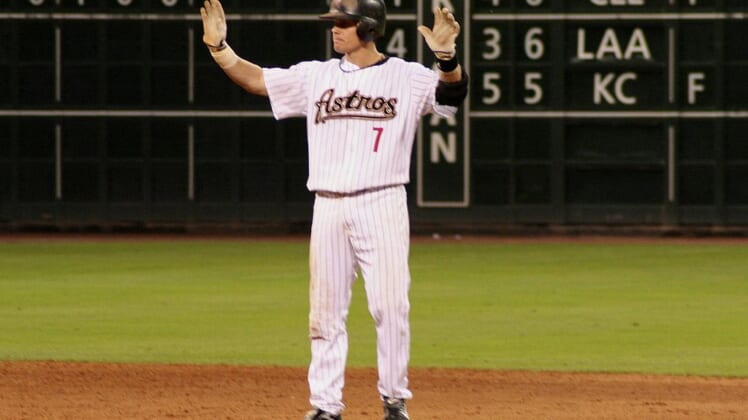 Toronto Blue Jays phenom Vladimir Guerrero Jr. will soon be sharing the clubhouse with Cavan Biggio, another son of a Hall of Famer.

It was reported on Thursday evening that Cavan — son of Hall of Famer, Criag Biggio — will be called up for Friday’s game against the San Diego Padres.

In a cool schedule note, the Blue Jays be on the road against the Houston Astros, the team that Craig played his entire career for and still works with.

Biggio is Toronto’s No. 9 ranked prospect. Though, at 24, he’s older than most prospects. That likely had as much to do with his relatively low ranking as anything.

It’s no surprise that the Blue Jays are doing this. Earlier reports have noted that Toronto was looking to get younger. Given that the Jays are 20-30, that only makes sense.