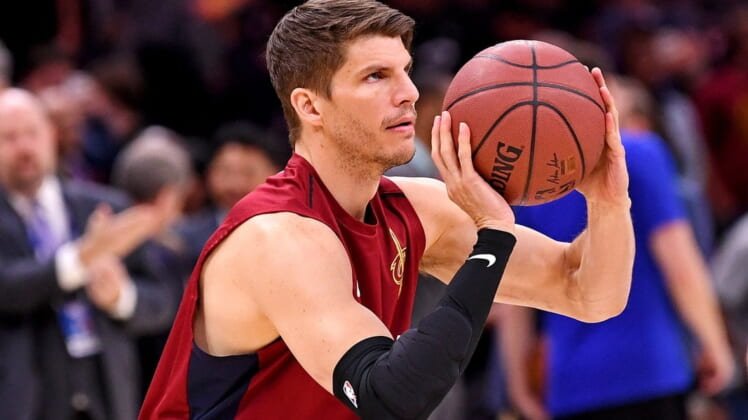 In the midst of a horrible 1-6 start to the season and after having fired head coach Tyronn Lue, it sure looks like the Cleveland Cavaliers are going to blow this whole thing up.

There’s really no reason for the team to continue trotting out veteran players when they have no real chance to compete this season. Whether it’s “interim coach” Larry Drew or someone else manning the bench, the goal now has to be to build for the future.

Meanwhile, the Cavs have initiated testing the trade market for guard Kyle Korver in the past several days, sources said. There was some trade interest in Korver last summer, and the Cavs are circling back on those talks.“ ESPN’s Brian Windhorst and Adrian Wojnarowski reported.”

This comes at the same time that fellow veteran J.R. Smith has been taken out of the rotation and Kevin Love is sidelined with a foot injury.

It’s not yet known how much interested there is in Korver’s services. The 37-year-old is averaging just 5.5 points while shooting at a 33 percent mark from distance thus far this season. He boasts a $7.6 million cap hit this season and is guaranteed north of $3 million for next season.