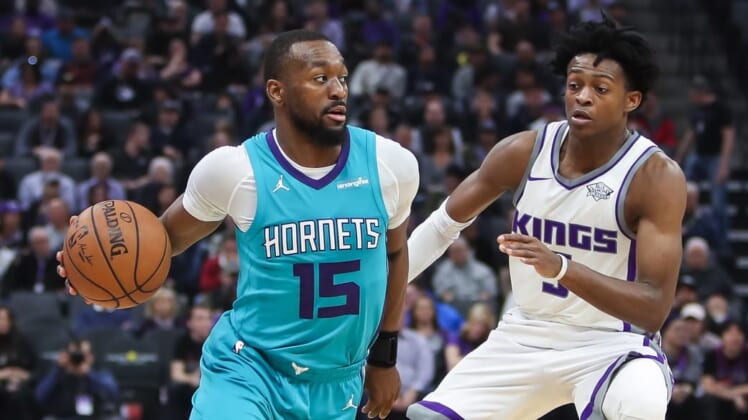 The Cleveland Cavaliers won’t know until some time next month whether LeBron James will return to the team once free agency opens.

This doesn’t mean Cleveland can just sit back and wait for James to make his decision. Selecting eighth overall in this week’s NBA Draft, the Cavaliers have a major decision to make. It’s a decision that could very well impact what James does.

It’s in this that general manager Koby Altman and Co. are reportedly looking into finding a proven veteran in a trade while using that top-10 pick to entice other teams.

According to Joe Vardon of Cleveland.com, that includes interest in Charlotte Hornets All-Star guard Kemba Walker.

Seemingly on the trade block after his Hornets turned in a disastrous 2017-18 campaign, the 28-year-old Walker would be a great get for Cleveland. The point guard averaged 22.1 points and 5.6 assists while shooting at a 38 percent mark from distance last season.

It’s not yet known if Cleveland could get this deal done by simply offering the eighth pick and salary cap fillers. But any potential draft day deal wouldn’t necessarily be a precursor to LeBron deciding to return to the Cavaliers.