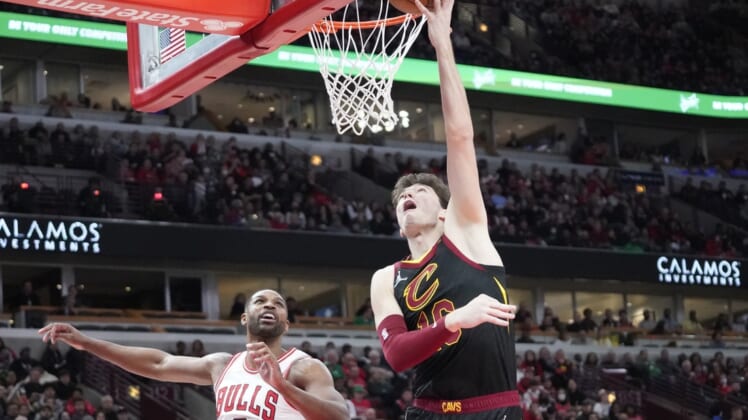 The Cleveland Cavaliers will begin a five-game homestand on Monday night that could make or break their season.

They will host the Los Angeles Clippers, who will be playing the end of a back-to-back set on the road. They beat the Detroit Pistons on Sunday, 106-102.

Both teams face a key stretch of their season without key performers. The Cavs played without center Jarrett Allen (finger), swingman Caris LeVert (foot) and forward Lauri Markkanen (ankle) in their 101-91 defeat at Chicago on Saturday. Valuable backup point guard Rajon Rondo turned his ankle in the game, and his status is not known.

Cleveland lost two of three games on the just-concluded trip and has lost eight of its last 11 games overall.

The Cavs have yet to get their mojo back after so many injuries. They have All-Star point guard Darius Garland back in the lineup after he missed several games with a lower-back injury, but their offense has not been effective. In the loss to Chicago, Cleveland shot 42 percent from the field and 21 percent from behind the 3-point arc.

“We did a lot of the right things,” Cavs coach J.B. Bickerstaff said. “You have to make shots. We created good looks for each other.”

Swingman Cedi Osman had 14 points off the bench for Cleveland.

“Shots didn’t go in for us,” he said. “We couldn’t knock down shots tonight.”

The Cavs were outscored from 3-point range, 27-15. Bickerstaff bemoaned the fact his team shot just 5 of 24 from that distance.

They still have some firepower, however, with Marcus Morris, Reggie Jackson and Luke Kennard, who leads the league in 3-point percentage.

The Clippers seem to be entrenched in the eighth spot in the Western Conference.

“We only got, what, (12) games left or whatever, so got to leave it all out there,” Zubac told the Los Angeles Times. “We need every win, so whatever it takes.”

The Cavs are in danger of falling out of the sixth spot in the Eastern Conference playoff race. They hold a one-game lead on No. 7 Toronto, which holds the first play-in spot. The Cavs have 15 games to play.

Neither team wants to finish in the play-in tournament if they can help it.

“We’ve been a good team at home,” Bickerstaff said. “We have to take advantage of this (homestand). It’s a great opportunity.”

Said Osman, “We have to be ready. It’s not going to be easy.”

Cleveland handled the Clippers on Oct. 27 in Los Angeles, 92-79, in the teams’ only meeting this season.