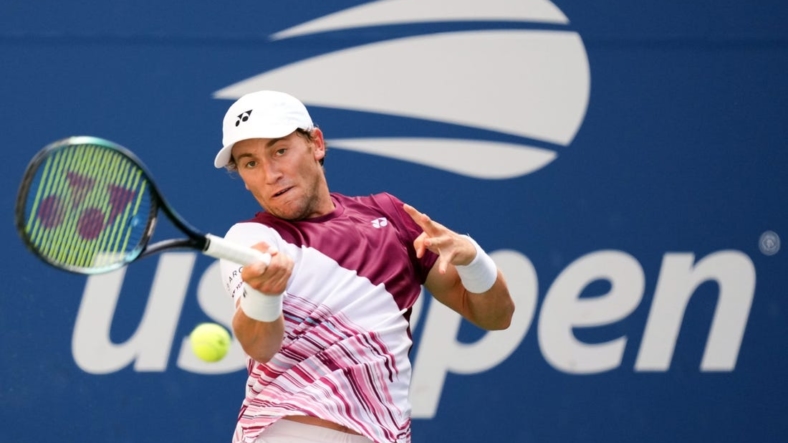 “We both were playing well,” said Ruud, the first man from Norway to reach the Round of 16 at the U.S. Open. “Whenever someone broke, the other guy seemed to break back right away, so it was tough to get the lead and keep going with it. We were always close on the scoreline. It seemed like the only time I could break him was when I was broken first, so that’s not a good sign, but in the fifth set I played some of my best tennis this year and the best tennis I’ve played this tournament.”

Khachanov advanced when third-round opponent Jack Draper of Great Britain retired with Khachanov leading 6-3, 4-6, 6-5. Draper was coming off an upset of Canadian sixth seed Felix Auger-Aliassime in the previous round.

“I wasn’t aggressive enough with the break points [in the third set] but that is tennis,” Berrettini said. “I think Andy played a really good set in order to not get broken, but I was feeling better. I had more chances and I thought the same thing in the fourth set. I had my chance and I took it.”

Two primetime matches slated for Friday night pitted No. 1 seed Daniil Medvedev of Russia against China’s Yibing Wu and Australian No. 23 seed Nick Kyrgios against American J.J. Wolf. Medvedev and Kyrgios would meet each other in the fourth round if they both advance.