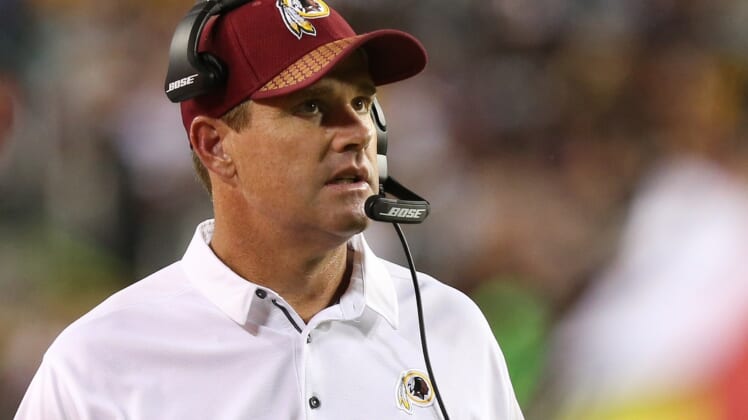 The Washington Redskins reportedly acquired quarterback Case Keenum from the Denver Broncos on Thursday in exchange for a swap of late-round picks in 2020.

This comes less than a calendar year after Washington acquired Alex Smith from the Kansas City Chiefs — ultimately signing the now-injured quarterback to a four-year, $94 million contract.

It also comes about a year after Keenum himself inked a two-year, $36 million contract with the Denver Broncos — only to be replaced by Joe Flacco after one season.

Notice a theme here? Look at the quarterbacks mentioned above. When Alex Smith is the best of the group, you’re almost literally talking about quarterback purgatory.

For the Redskins, this stay in purgatory has now turned into the team finding itself in quarterback hell.

Last season didn’t teach Washington anything: The team legitimately signed and started the likes of Mark Sanchez and Josh Johnson.

There’s always options: Sure viable free-agent quarterbacks are not a dime a dozen, but Washington had other options to pursue.

It’s about the draft, dummies: The Keenum trade might not impact Washington’s draft plans, but there’s a caveat here.

In the end, these Redksins made their bed. They didn’t want to pay Kirk Cousins top-flight money. Given how he performed in Minnesota, that’s understandable.

Even then, the team has kicked this quarterback situation down the road ever since Robert Griffin III bombed out under the tutelage of the disaster-prone organization what seems like ages ago.

Alex Smith was never a viable long-term option. Washington signed him for $94 million over four years with almost as much guaranteed money as it balked at handing to the above-mentioned Cousins.

All the while, it refused to even look to move up from the 13th selection in last year’s draft for a quarterback. It’s not like there weren’t options there. Even before then, Washington had to know that its quarterback situation was unsettled back in 2017.

What did president Bruce Allena and Co. do that April? They decided to stand pat at 17 rather than move up for a Patrick Mahomes or Deshaun Watson.

Hindsight might always be 20/20. But the Redskins simply continue to trip over themselves like a midnight expedition to the fridge.

“There’s none so blind as those who will not see.”

That’s what’s happening in D.C. And not a single Redskins fan can be happy about it. The ninth circle of hell, indeed.