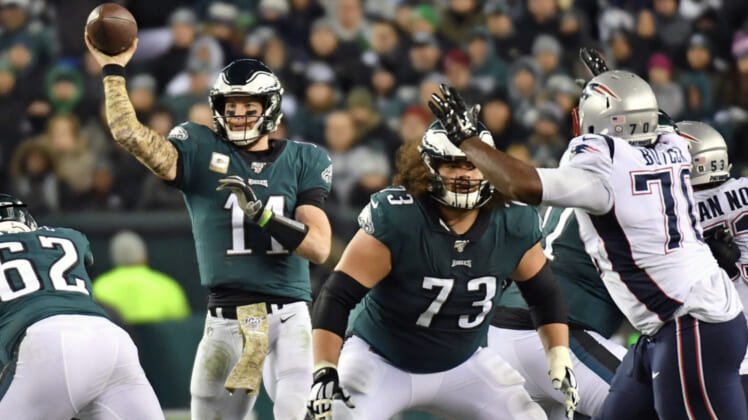 Philadelphia Eagles quarterback Carson Wentz has dealt with plenty of criticism for his play. He’ll be hearing more of that criticism, even on the sideline, after a horrendous throw cost his team a touchdown.

The Eagles drew up a great play with running back Miles Sanders finding open space underneath with nothing but open space ahead of him. Somehow, Wentz missed one of the easiest throws of his career by throwing the football over Sanders’ head and to the sideline.

Mistakes like this are difficult to overcome against any opponent, but doing it against the 8-2 Seattle Seahawks is inexcusable. The Eagles had to settle for a field goal after Wentz’s ugly throw and it could prove costly in a must-win game.