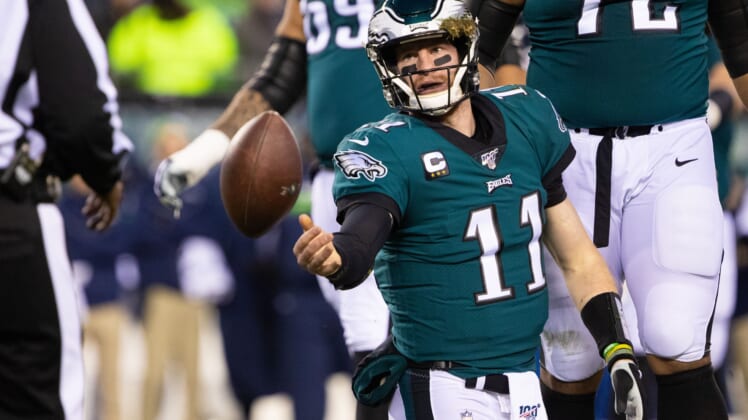 The play came late in the first quarter when Wentz tried to extend on a dive and took a direct shot in the back of his head from Clowney. Wentz’s head was then forced into the ground from the weight of Clowney’s hit.

The 27-year-old quarterback went to the sideline and went into the medical tent. After an examination, doctors took Wentz into the locker room to evaluate him for a head injury.

Wentz is considered questionable to return as the team further evaluates the severity of his head injury. Quarterback Josh McCown took over in Wentz’s absence.