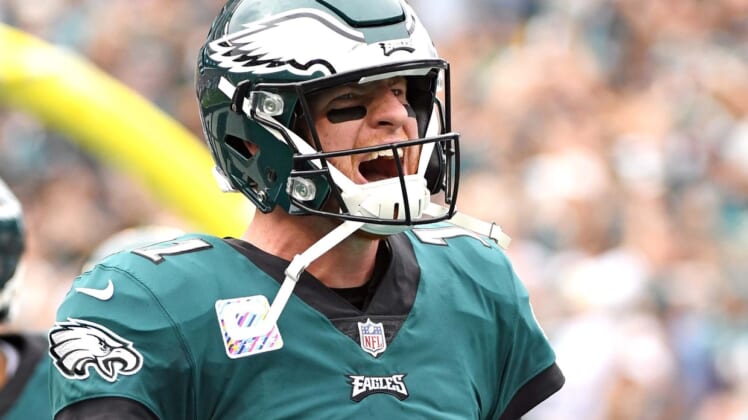 Though he cannot help the Philadelphia Eagles on the field Saturday against the Atlanta Falcons, quarterback Carson Wentz is doing what he can for his team.

Just hours before the Eagles host the Falcons for the right to play in the NFC Championship Game, Wentz is imploring fans to show up big for their team.

Not the same being on the sidelines, but I’m still gonna enjoy every bit of the energy and passion the Linc brings today! We need all of it Eagles fans! Let’s do this! #FlyEaglesFly https://t.co/gMvDAzzpY0

Philly is an underdog this Saturday, despite playing at home and despite claiming the top seed in the conference with a 13-3 record. Much of this has to do with the fact that Wentz is unable to play due to the torn ACL he suffered.

Nick Foles is hardly in the same class as Wentz when it comes to elite-level NFL quarterbacking. So the fact the Eagles aren’t favored isn’t all that surprising. However, Foles is very confident he’ll find open receivers against Atlanta, and the Eagles have a very strong defense, meaning the game could be a lot closer than people think.

With that in mind, it just might be the fans that help the Eagles win this one.