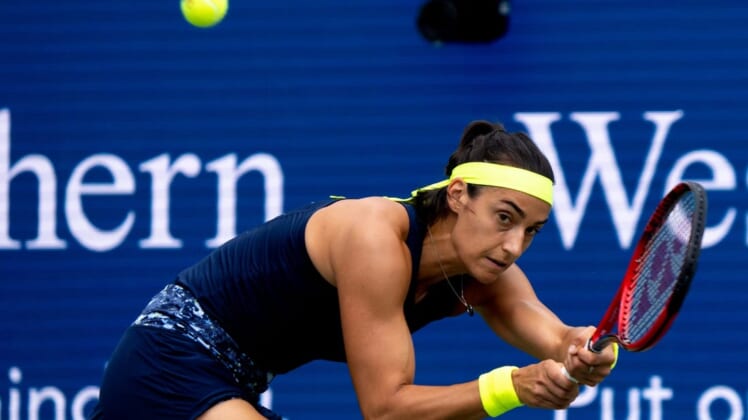 Caroline Garcia continued her hot summer with a stellar 6-2, 6-4 victory over Petra Kvitova to win the Western & Southern Open final at Mason, Ohio.

Garcia racked up 11 aces in beating Kvitova in one hour and 42 minutes for her third title in less than three months. It is her 10th career WTA title.

The Frenchwoman converted 82 percent of her first-serve points while winning her first 1000-level tournament since 2017. Garcia also became the first qualifier to win a 1000-level event.

“It’s hard to believe I am standing her today,” Garcia said during the trophy presentation. “It’s been such a week.”

Garcia advanced into the main draw of the Cincinnati-area event through qualifying and knocked off three players ranked in the top 10 — No. 4 Maria Sakkari of Greece in the second round, No. 8 Jessica Pegula in the quarterfinals and No. 6 Aryna Sabalenka in the semis.

Kvitova, from the Czech Republic, had two aces and failed to convert any of her eight break points while playing in her 40th career final.

Garcia, once ranked as high as No. 4 in the world, has won 27 matches since the start of June, including titles in Bad Homburg and Warsaw. She is forecasted to rise to No. 17 in the WTA rankings on Monday.

Garcia was ranked as low as No. 79 earlier this year.