The Carolina Panthers traded for Sam Darnold this offseason, confident a change of scenery would help fix the former top pick. With the regular season closing in, it seems the Panthers might not get everything they wanted.

Carolina paid a fairly high price for Darnold, sending a 2021 sixth-round pick along with second- and fourth-round selections in the 2022 NFL Draft. But the Panthers believed that the former No. 3 pick would thrive in a better environment, feeling less pressure outside of New York.

The Panthers certainly offer Darnold a better situation. Joe Brady is a superior coach to Adam Gase and Carolina’s receiving corps is far better than anything Darnold threw to in New York. But the reports out of training camp hint that surrounding talent or coaching isn’t the problem.

Not a great day for starting QB Sam Darnold, who gave up a pick to safety Jeremy Chinn on a throw to a wide-open Dan Arnold. He also had several overthrows on situational-type drills.

Newton noted that Darnold’s practice on Thursday (Aug. 12) would be key for the young passer to really find some confidence and settle things down. Instead, taking part in seven-on-seven and team drills, Darnold’s issues hurt the Panthers’ ability to move the ball in practice.

According to The Athletic’s Joseph Person, Darnold completed just 11-of-21 passes during Thursday’s practice. Some might credit him for not throwing an interception, but it came at the cost of taking shots. Even Jets’ rookie quarterback Zach Wilson acknowledged this is the precise time when a quarterback should make challenging throws. 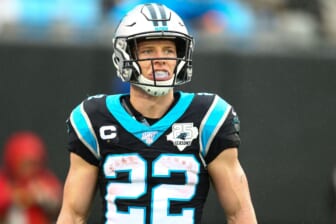 The Panthers are taking a conservative approach this preseason, holding Darnold out for the opener and plan to limit his snaps after that. While he is experienced, every live rep counts when learning a new system and he clearly needs it.

Considering the latest updates on the Deshaun Watson situation, the Panthers can rule out a trade for him right now. That means Darnold, who already has his $18.9 million option in 2022 guaranteed, will be unchallenged as the starter.

The Carolina Panthers settled for Darnold after pursuits for better quarterbacks fell short. While he is an upgrade over Teddy Bridgewater, providing Brady with a passer who can throw deep, this situation still might not end well. The left side of the Panthers’ offensive line is a problem, Darnold doesn’t handle pressure well and even scripted practices are proving to be a challenge. 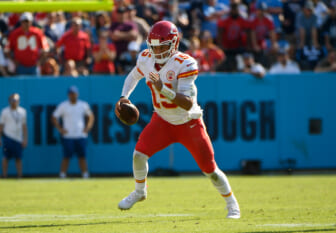