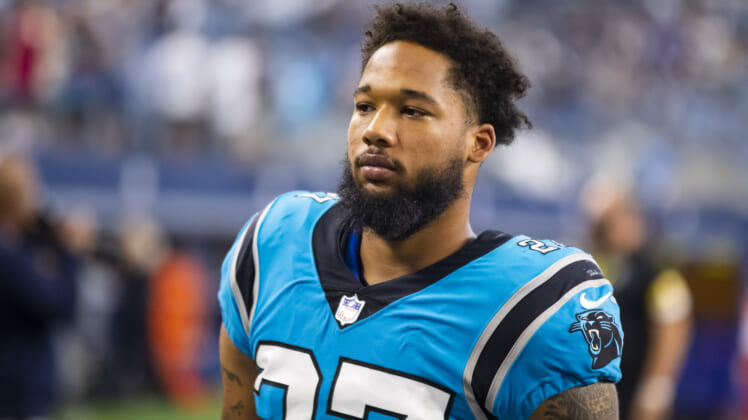 Wednesday was a wild day of physicality and fisticuffs in the final shared practice between the Panthers and Patriots. And Robinson was the star of the day for all the wrong reasons. During a kickoff by Carolina early in the workout, the two-year NFL veteran completely leveled Wilkerson with a nasty hit and gave him a concussion. Following the tackle, Robinson stood over his fallen foe and celebrated.

The moment set a bad tone throughout a day that saw several fights break out between the two squads. One even got so bad that it spilled into the crowd and injured a fan.

Eventually, Robinson was thrown out of the practice due to his physical play in what should have been more of an aggressive training session, as opposed to something on the level of a preseason game. Unfortunately for the former fifth-round pick, it was the second straight day where he was tossed out of the workouts against the Patriots.

Following the final day of wild workouts, Panthers head coach Matt Rhule was asked by NESN’s Zack Cox if the team could outright cut Robinson for his unprofessional behavior this week. And it sure seems like Rhule will considering that possibility.

With Robinson currently listed as the third free safety on the Carolina Panthers depth chart, releasing him would definitely not hurt the team and would certainly send a loud message that behavior like his won’t be tolerated. 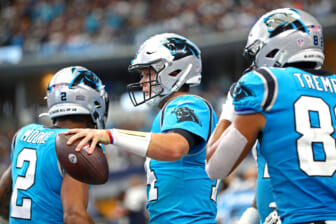 With Rhule on the hot seat after consecutive five-win seasons in his first two years as head coach, he may need to send such an alert and get control of his troops ahead of a pivotal 2022 season.