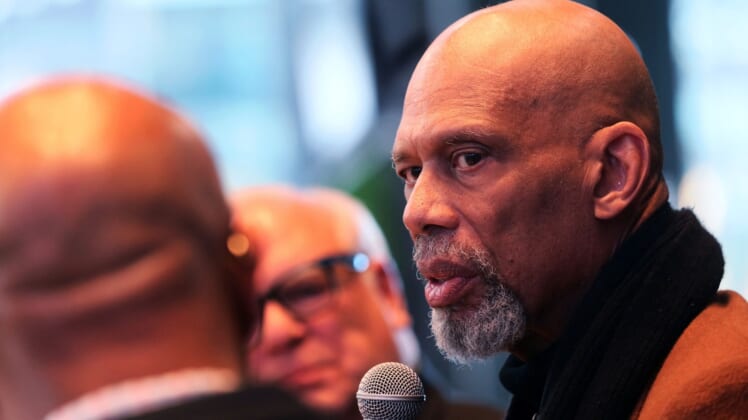 Kareem Abdul-Jabbar, right, talks with Grady Crosby, left, and Jim Paschke, center, at the “Diversity and Inclusion Conversation” at the MECCA Sports Bar and Grill.MJS-bucksdiversity29p3

The 10-time NBA All-Star was selected from a group of five finalists due to “his dedication over the past year to pursuing social justice and advancing Abdul-Jabbar’s life mission to engage, empower and drive equality” for people who have been traditionally marginalized.

Among his other achievements, Anthony helped advocate for making Juneteenth a national holiday, which was ultimately signed into law this year. He lent his celebrity and voice to the Vera Institute of Justice to promote criminal justice reform. And he founded the content creative company Creative 7 Productions, which aims to be inclusive and elevate diverse voices.

The Portland Art Museum’s Black Arts and Experiences Initiative will receive a $100,000 contribution on his behalf.