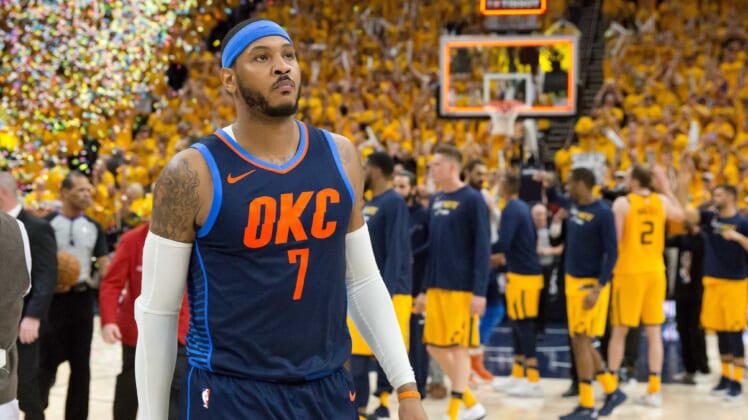 The drawn-out process that has brought Carmelo Anthony to the Houston Rockets from the Oklahoma City Thunder, by the way of the Atlanta Hawks, has now pretty much come to a culmination.

According to Shams Charania of Yahoo! Sports, the 10-time All-Star has verbally agreed to sign with Houston.

The deal itself has not officially been inked because Anthony is overseas spreading the NBA product to other parts of the world. Once he returns to the states, Anthony will officially become the newest member of the Rockets.

The future Hall of Famer will fill the void at small forward left by Trevor Ariza when he signed with the Phoenix Suns earlier in the offseason.

Anthony, 34, is coming off a career-worst performance in his only season with the Thunder. He averaged just 16.2 points while shooting at a 40 percent mark from the field.