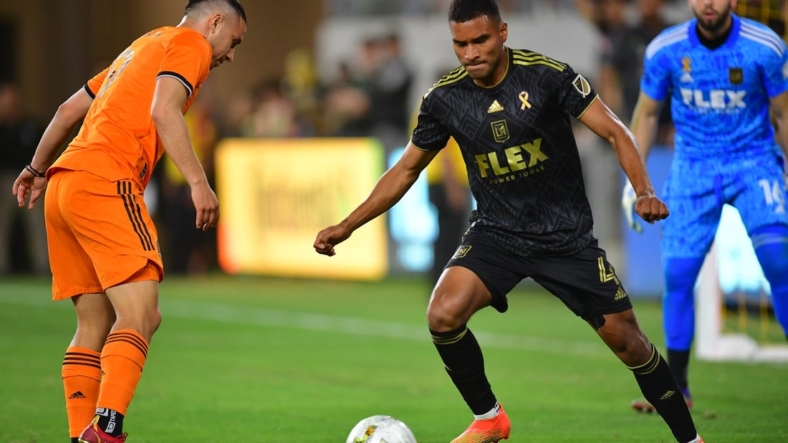 LAFC (20-8-4, 64 points) moved into a tie with the Philadelphia Union in the battle for the Supporters’ Shield, which goes to the team with the most points during the regular season.

LAFC clinched the Western Conference title on Saturday when second-place Austin FC played to a 1-1 tie with Nashville SC.

The Dynamo are 1-1-1 since interim coach Kenny Bundy replaced the fired Paulo Nagamura.

Steve Clark had four saves for Houston, while Maxime Crepeau didn’t have to make any for LAFC.

LAFC had a 19-10 edge in shots and placed seven on target to the Dynamo’s one.

Los Angeles received its first penalty kick when Houston’s Griffin Dorsey fouled LAFC’s Denis Bouanga in the box. Vela stepped up to the spot in the eighth minute and sent a left-footed shot into the left corner of the net.

The Dynamo tied the game in the 24th minute as Adalberto “Coco” Carrasquilla set up the goal with a long pass upfield. Baird controlled the ball with his foot and then tapped a right-footer past Crepeau for his second goal of the season.

A hand ball in the box by Houston’s Fafa Picault gave Vela another penalty-kick opportunity. He lined up in the fourth minute of first-half stoppage time and once again sent a left-footed shot into the left corner for his 11th goal of the season.

Hollingshead scored his career-high-tying sixth goal of the season in the 52nd minute. He slammed a right-footed shot into the top center of the net to make it 3-1.

Houston couldn’t make a late burst and a good chance came up empty when Memo Rodriguez’s right-footed shot hit the crossbar in the 75th minute.