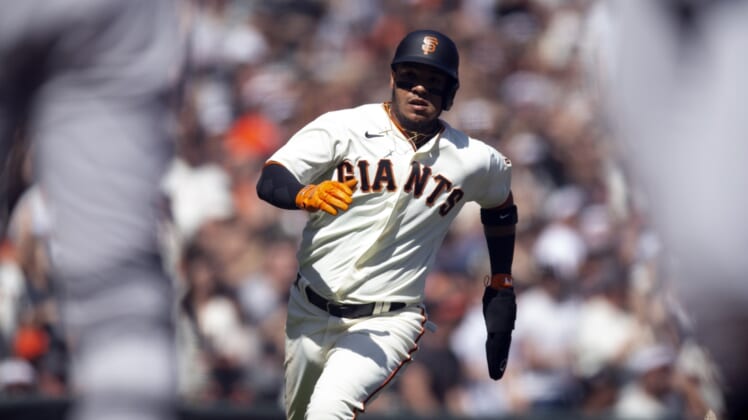 After the Giants won the wild season opener 6-5 in 10 innings on Friday, things settled down on Saturday.

Rodon, a 13-game winner and first-time All-Star for the Chicago White Sox in 2021, allowed a run, three hits and struck out 12 with two walks over 89 pitches in five innings.

Meanwhile, Lopez, who posted a 3.07 ERA in 20 starts last season for the Marlins, also yielded a run and three hits over five innings, while fanning six and walking two batters on 79 pitches.

The teams combined for just 10 hits and a whopping 28 strikeouts. With game 1-1, Miami’s Brian Anderson doubled off Jake McGee to open the seventh. He scored when Sanchez, the next batter who went 0-for-4 in the opener, singled to left field.

Anthony Bender, who blew a save when he allowed Thairo Estrada’s solo homer in the bottom of the ninth on Friday, gave up a single to open the ninth on Saturday. However, he got Brandon Crawford to ground into a double play, then retired Wilmer Flores on a bouncer, giving the Marlins just their third win in the last 11 games at San Francisco.

The only blip on Rodon’s outing came during the third inning. Miami’s No. 9 hitter Jon Berti reached on an infield single and went to second on third baseman Flores’ throwing error. Berti advanced to third on a wild pitch and scored off a dropped-third strike to Jorge Soler.

Lopez allowed a run in the fifth. With two outs, Estrada singled and Steven Duggar followed with a run-scoring double to left field.