The New York Mets reportedly offered Carlos Correa 12 years in a revised contract, however, the All-Star balked at terms that included only a guarantee over the first six seasons and yearly physicals in the final years.

On Tuesday, Carlos Correa’s odyssey in MLB free agency came to a close — or at least we think it — when he agreed to terms on a six-year, $200 million pact with the Minnesota Twins. After looking headed to San Francisco for 13 seasons, then New York for 12, the two-time All-Star will return to Minnesota in 2023.

Resigning with the Twins started to become a strong possibility after the team showed continued interest in bringing him back despite the Giants and Mets’ reservations following the results of physicals for both franchises. Once ongoing negotiations with New York looked at an impasse, it seemed the 28-year-old had few big money options left.

For the last two weeks, there was much speculation on what a revised contract from the New York Mets could include after Correa’s ankle became a long-term concern for the organization. Well, the speculation can end because what the team offered has been revealed.

On Wednesday, ESPN reported the details of Carlos Correa’s unusual journey through MLB free agency. As well as what was the sticking point on the revised contract from the New York Mets. And it seems, the organization only wanted to guarantee the first six seasons, and then give yearly physicals that would decide his return each year.

“The Mets were fine keeping the 12-year, $315 million terms — but wanted only half of it guaranteed. Over the final six years of the deal, according to sources, the Mets proposed their medical staff would conduct a physical on Correa at the end of each season — regardless of his health during the season. The results of the physical would then determine whether the next year of the contract was picked up.” 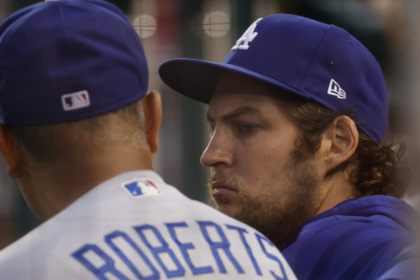 In the report, the outlet claims that Correa’s agent, Scott Boras, was looking for a contract “containing provisions for specific injuries.”For example, if Correa landed on the disabled list for a certain amount of time for an issue specifically with his ankle, it would revert certain years of the deal to include mutual options. Obviously, the Mets were not interested in such a pact.