Carlos Alcaraz is youngest in Top 5 since Rafael Nadal 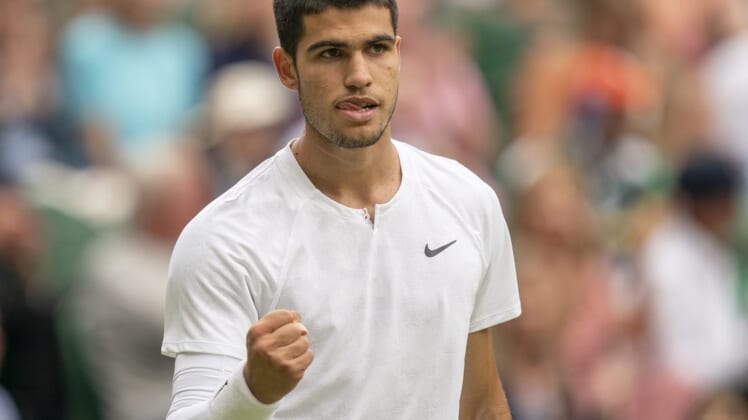 Carlos Alcaraz is the youngest player to crack the top 5 in the ATP Tour rankings since fellow Spaniard Rafael Nadal.

Alcaraz, 19, climbed to No. 5 on Monday following Sunday’s runner-up finish at the Hamburg European Open.

“It means a lot. The hard work that I put in every day for reaching my dreams, [No.] 1, and little by little I’m reaching my dream,” Alcaraz said. “Top five for me is pretty amazing and I will keep going to be [No.] 1.”

Alcaraz, who began the year at No. 32, surged up the rankings with two ATP Masters 1000 titles (Miami, Madrid) and two ATP 500 trophies (Rio de Janeiro, Barcelona) this season.

Russian Daniil Medvedev is currently No. 1 in the Pepperstone ATP Rankings, followed by Germany’s Alexander Zverev, Nadal, Greece’s Stefanos Tsitsipas and Alcaraz. Norway’s Casper Ruud slipped one spot to No. 6 despite his victory Sunday at the Swiss Open.