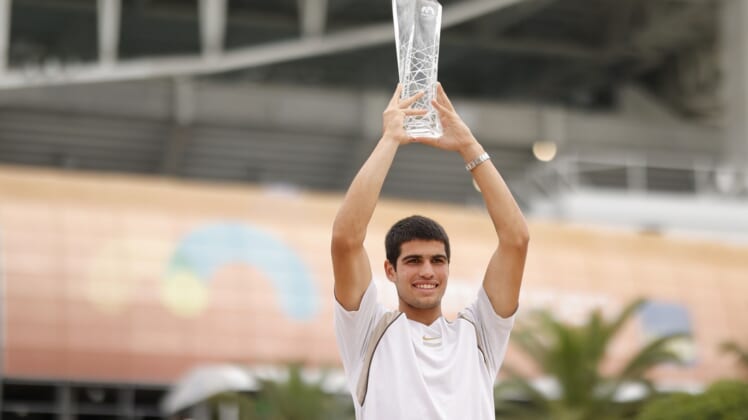 Spanish teenager Carlos Alcaraz became the youngest player in 17 years to crack the top 10 of the ATP rankings, ascending to No. 9 in the latest release Monday.

Alcaraz, 18, is fresh off his victory over countryman Pablo Carreno Busta in the finals of the Barcelona Open Banc Sabadell on Sunday, his third victory of the season.

Alcaraz jumps two spots to become the ninth-youngest player ever into the Top 10 and the youngest to achieve the feat since fellow Spaniard Rafael Nadal did it on April 25, 2005.

Aaron Krickstein remains the youngest to have done it; he had just turned 17 when he cracked the top 10 in August 1984.

Novak Djokovic remains No. 1 after his runner-up finish at the Serbia Open.