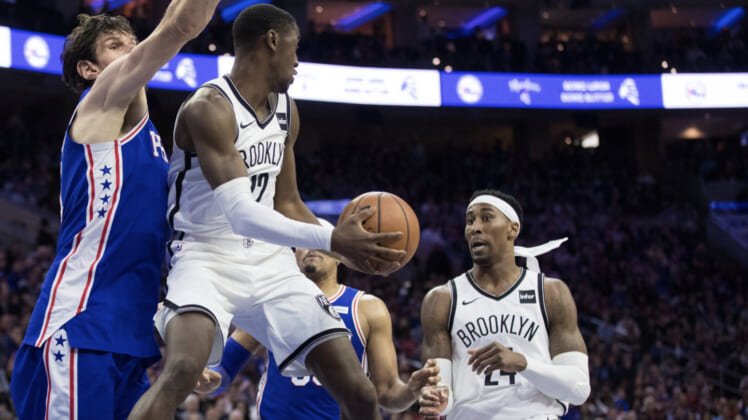 The Brooklyn Nets came home to the Barclays Center on Thursday night looking to put on a show in the team’s first home playoff game since 2014-15. While the Nets fell behind early, shooting guard Caris LeVert gave everyone something to enjoy in the second quarter.

LeVert took the court with the Nets trailing 32-24 against the Philadelphia 76ers in Game 3. The 24-year-old immediately got hot and Philadelphia quickly ran out of answers to LeVert’s scorching touch.

LeVert, who averaged 13.7 points per game during the regular season, put Brooklyn on his back with 14 straight points.

The Nets already went to town with massive dunks that lit up the crowd, then the young guard decided to take things to a whole new level.

This is a team just a few years removed from being the laughing stock of the NBA. Now it’s a comeback away from taking a 2-1 series lead in the first round against Philadelphia’s loaded squad.